After you sign up for a Drive subscription, you’ll soon receive a media player (or device), and the accompany items shown here: 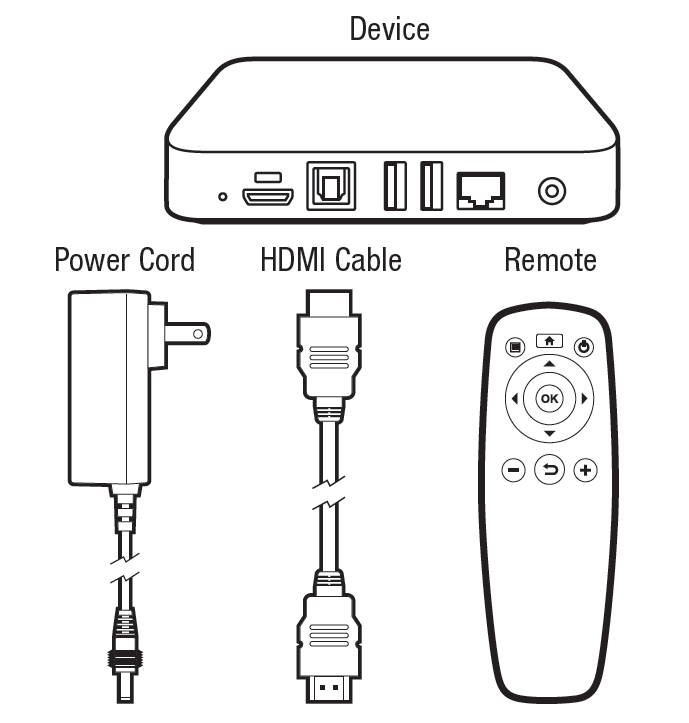 Your first step is to connect your device to your TV, power, and your internet connection. Follow these steps:

Connect one end of the included HDMI cable to the media player, and then into an HDMI port on your TV. Please note the port you’re using on your TV (some TVs have 3 HDMI ports – and you’ll need to choose the port # on your TV Remote Control in order to display the right “channel”). The HDMI cable carries both video and audio output. 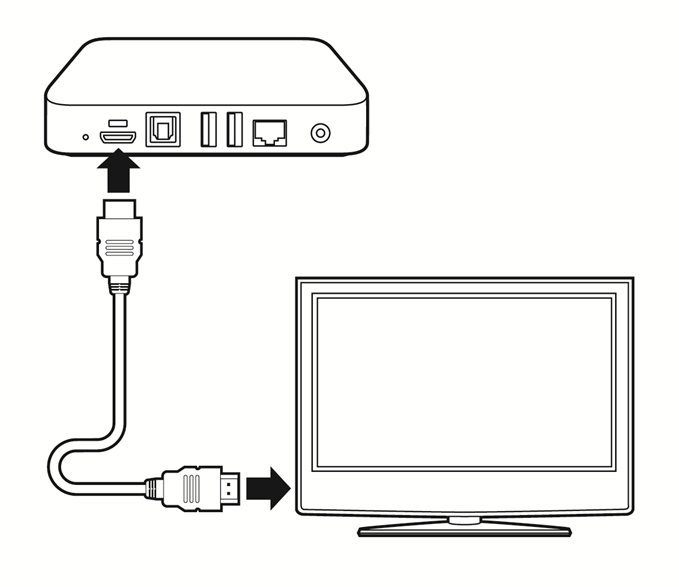 For Wired internet (only if this is how you’ll connect the device), use your own Ethernet cable (not included) and plug it into the Ethernet port on the back of the device, and then into your network port – which may be in a wall outlet, or an open port on your internet router. Wireless (Wi-Fi) connectivity info shown later.

Plug the small end of the included power cord into the back of the device, and then plug the large end into a surge protector outlet (often a power strip). Once plugged in, te device will automatically turn itself on and start. 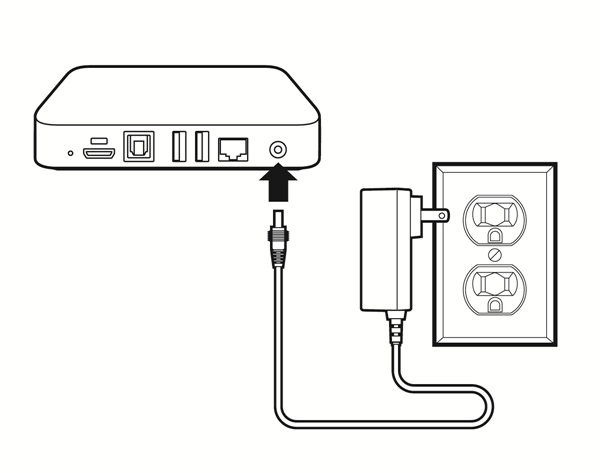 Turn on your TV and choose the input/source port into which you plugged the device (such as HDMI 1, or HDMI 2). The Input or Source option is always located on the TV remote control, and also often located on the TV itself.
Previous article: Registering Your Device
Next article: Error - Can’t connect to your wireless network

Why this article is not helpful? 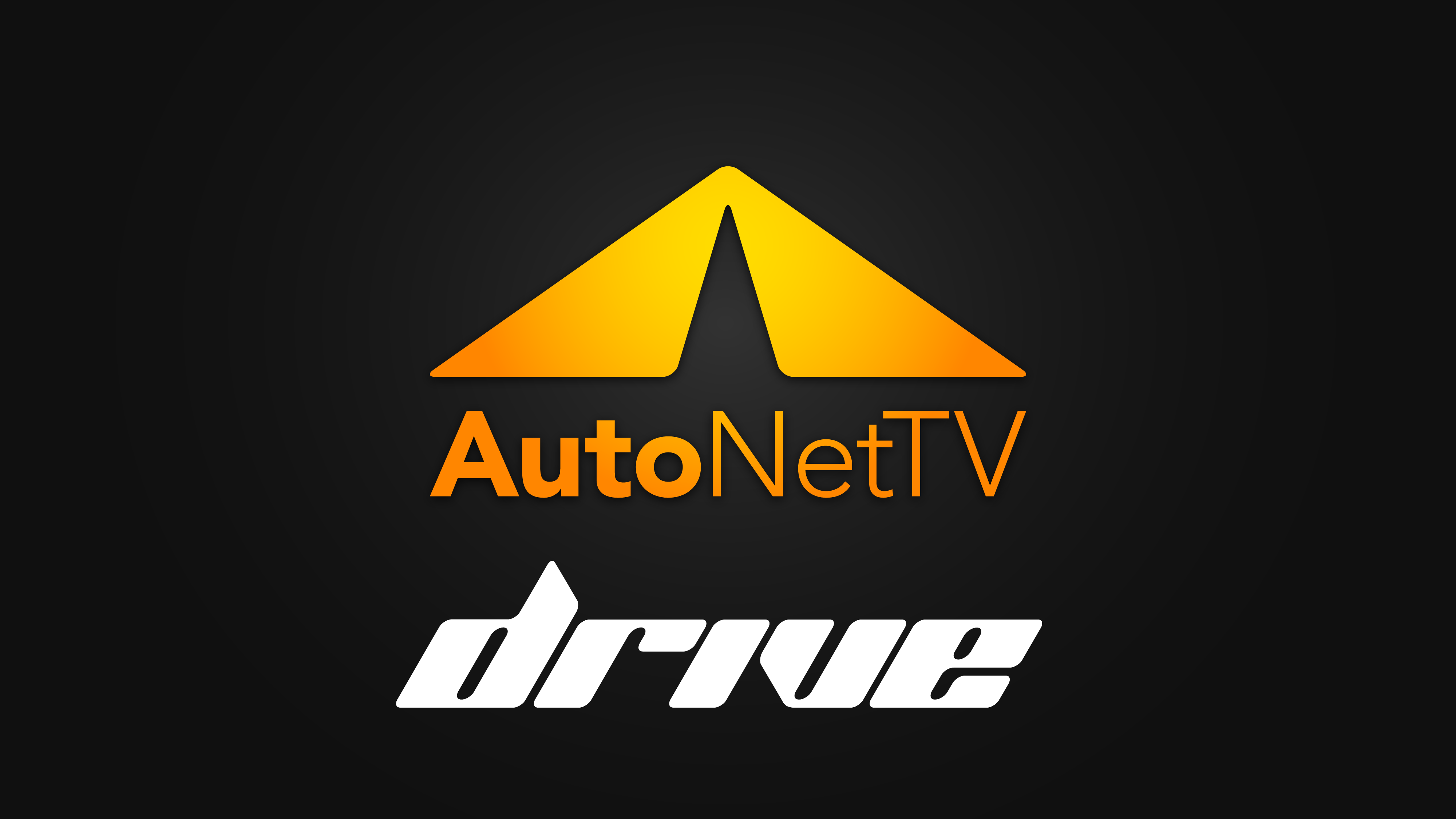